How to: Add an Image to a Poll Print

Add an image to a poll question for the audience to reference while choosing their answer. This image will appear on the attendee's device or view when the poll is opened. Note: the image won't appear on the main screen.

To add an image, look for the checkbox on the "Create a Poll" screen: 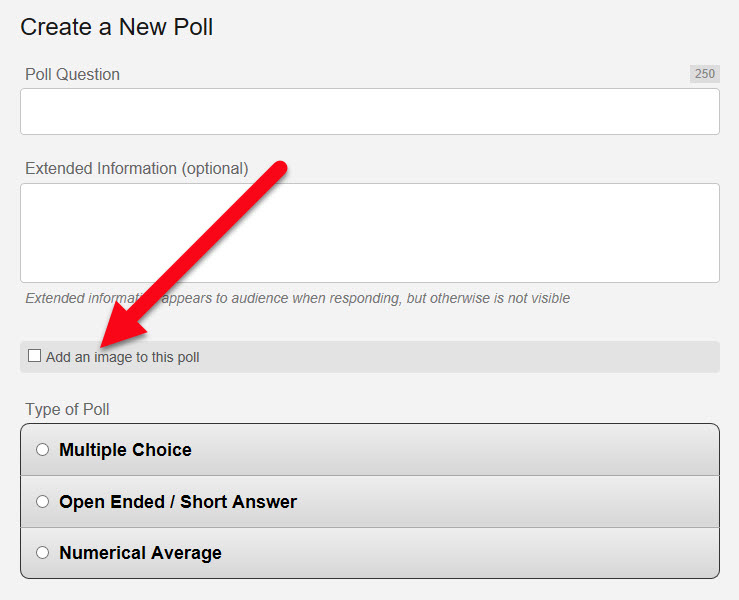 After clicking the checkbox, you'll have a box available to 'drag and drop' a file into. Or you can simply click inside the box and a standard 'Open File' dialog will appear for file selection.

After choosing an image, complete the rest of your poll creation. If you need to change the image used, you can simply click in the box and choose a different image file, or you can click on 'Remove file' and then re-select a new image file. 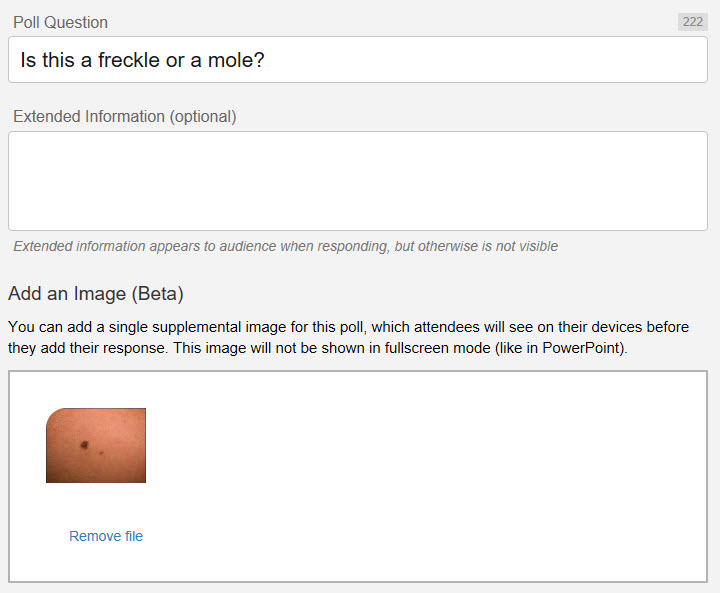 When you open (unlock) that poll for audience response, the audience will see the image on their mobile device along with the poll question. Here's an example: