Team Battle Only Shows 8 Teams on the Score Board Print 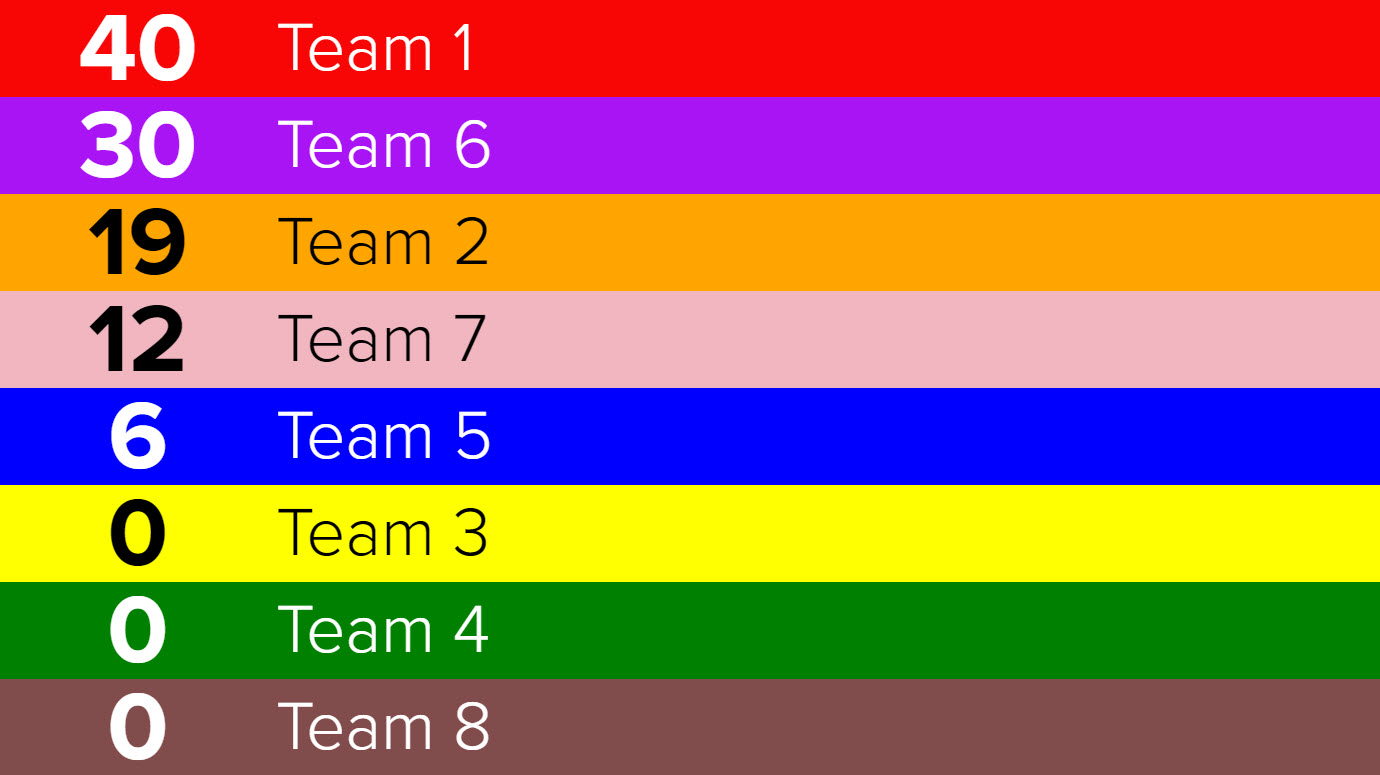 By default, the Team Battle game only shows the top 8 teams on the score board (leaderboard).  That's intentional, to keep the list fitting reasonably well on the projected display for all to see. This default can be overridden, to allow more teams to appear. But keep in mind that the list may appear cramped depending on the number of teams.

To set this up, visit the Admin (settings) area of your app and look for the menu choice called Branding & Custom CSS.

Carefully copy and paste the following lines (starting with "<script>" and ending with "</script>") and paste them into the bottom box called Custom Head Section.

NOTES: You can set the maximum number of visible teams by changing the value noted in the code above. After saving this change, restart your PowerPoint slidedeck to test the result.