This is JeoPARODY! Conferences i/o EDITION

Transform any onsite or virtual event into a fun, quiz-style game using the special edition JeoPARODY! game slides and your TEAM BATTLE leaderboard.

The JeoPARODY! slides and TEAM BATTLE game are designed to include everything you need. Just add SIX categories with FIVE clues in each and you’re ready to get started! 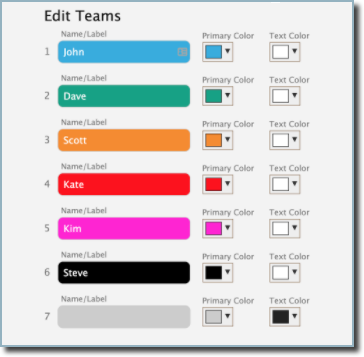 In JeoPARODY, there are no points for 2nd place. Only the first player to answer correctly wins.

Enter the corresponding $value in the Points to be Awarded box for each question: Ex. a $300 question should be entered as: 300

✅ In the event of a tie, the winner will be determined based on the player who answered correctly in the fastest time.

✅ Playing with teams? The team with the fastest time on average wins. 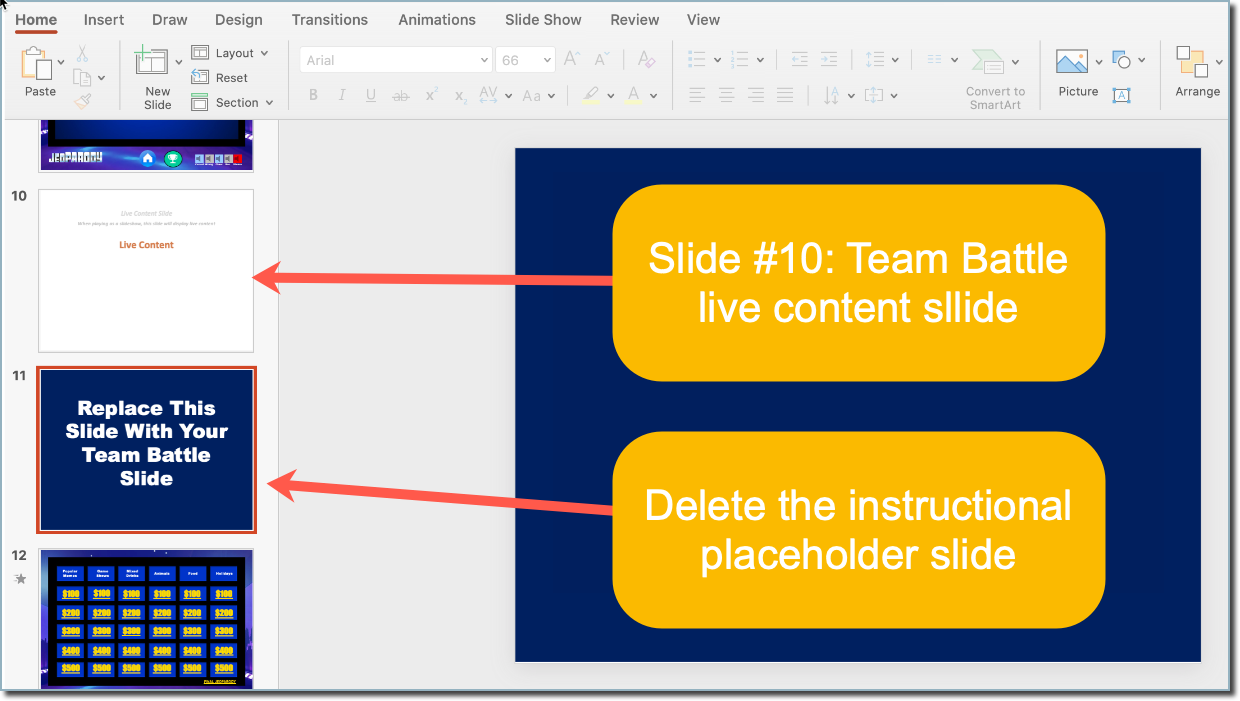 1. In PowerPoint, use Presenter View to display the JeoPARODY board to players.

2. Join the TEAM BATTLE session in Conferences i/o on a separate device (i.e. phone, tablet, laptop). Sign in as a Moderator.

** The host will need to manage TEAM BATTLE from a separate device. However, we recommend having another person moderate TEAM BATTLE in Conferences i/o while the host manages the game in PowerPoint if possible.

3. Assign players to teams and have them select a Team Captain to be their spokesperson to choose questions from the board. Instruct players to join their team in TEAM BATTLE on a separate device.

4. As players choose from the available clues on the game board, reveal each question by clicking the corresponding box on Slide #11. Read the question aloud.

5. While the game host is reading the question, the host or moderator should open the corresponding quiz question in TEAM BATTLE.

7. The TEAM BATTLE moderator can then click Show Correct Answer followed by Score the Results which will update the leaderboard:

8. The host should use their keyboard’s right-arrow key to return to the JeoPARODY game board.